For several months the OME team has been working on what will soon be released as the new 2016 OME Data Model. The OME Data Model specifies Regions of Interest (ROIs) in terms of a set of Shapes. As OMERO 5.3 will use the new Data Model, the upcoming changes include an initial round of adjustments that improve consistency between Shape representations in the Data Model and OMERO. They will each also include a significant addition: Folders, a new top-level model object.

Our initial focus is on supporting ROI-based Folder workflows. OMERO.insight, OMERO.web and OMERO.cli will offer some support for users to have their images’ ROIs organized into a hierarchy of folders. We have several use cases in mind: for example, one may wish to sort cells into phenotypes or assign ontology terms to them, or an analysis script may track entities across a set of images and use a folder for each entity to store sightings of it. We expect the community to think of many more uses for folders.

Folders may seem rather like Datasets in their implementation: in our current draft of the Data Model one may name Folders, add a description, even annotate them, exactly as with datasets. The most obvious difference from Datasets is what Folders may contain: ROIs, but also other folders, even a mix of both. Folders may be nested arbitrarily deeply but with a caveat: a Folder may have only one parent. The same Dataset can be put into many projects but the Folder hierarchy is a strict tree. This simplifies the user interface and speeds up processing.

An ROI may be both on an image and in some folders. When a scientist views the ROIs of an image in OMERO.insight or OMERO.web they will be able to see how those ROIs are organized into folders. Work is ongoing in both clients to deliver at least some ability to work with ROIs and folder hierarchies in OMERO 5.3.0. On Twitter, YouTube and elsewhere we have already published some screenshots of how OMERO.insight can be used to organize ROIs into folders and we are working on usability features such as making images searchable by the name of a folder that contains any of the image’s ROIs. 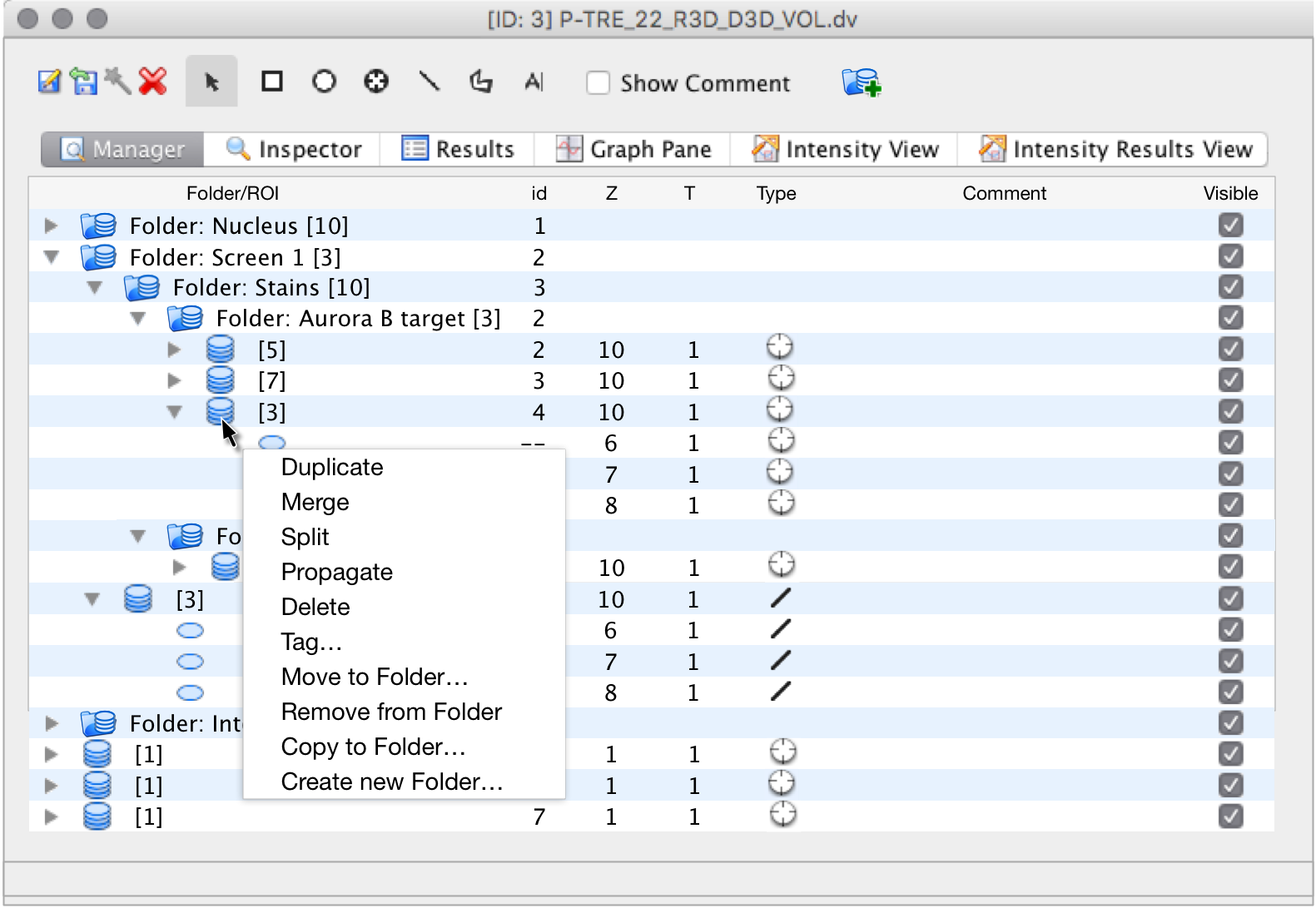 Users of the Blitz API are well aware that it allows a wider range of actions than the graphical clients support. Those exploring how Folders are represented will see that a Folder has a parentFolder property for its parent, if any, and childFolders and roiLinks properties for its contents, as they might expect.

In our current draft of the new OME Data Model folders may directly contain images regardless of ROIs. One may expect the graphical clients to ignore this experimental feature, relying instead on folder-image linkage via ROIs as above, but the additional imageLinks property of Folder objects may be useful for grouping images in a different way within a hierarchy.

One concern with writing scripts may be that processing an arbitrarily deep Folder hierarchy could require many separate calls to the IQuery query service. OMERO 5.3.0 will include two new Request subclasses for queries, FindParents and FindChildren, that can be used to traverse hierarchies arbitrarily far in one call: for instance, to ask which images are contained in a set of Folders or in any of their subfolders.

The future of Folders

We have considered proposals for containing other objects, like plates, wells and annotations, in Folders. One can imagine that someday Folders may supersede everything from tag sets to datasets but, in starting out by allowing only a couple of kinds of content, and then only in a strict tree of Folders, we take a conservative approach that allows us to adjust our plans based on how the community reacts to the introduction of Folders in OMERO. We welcome your input on how you see Folders being used in your workflows.